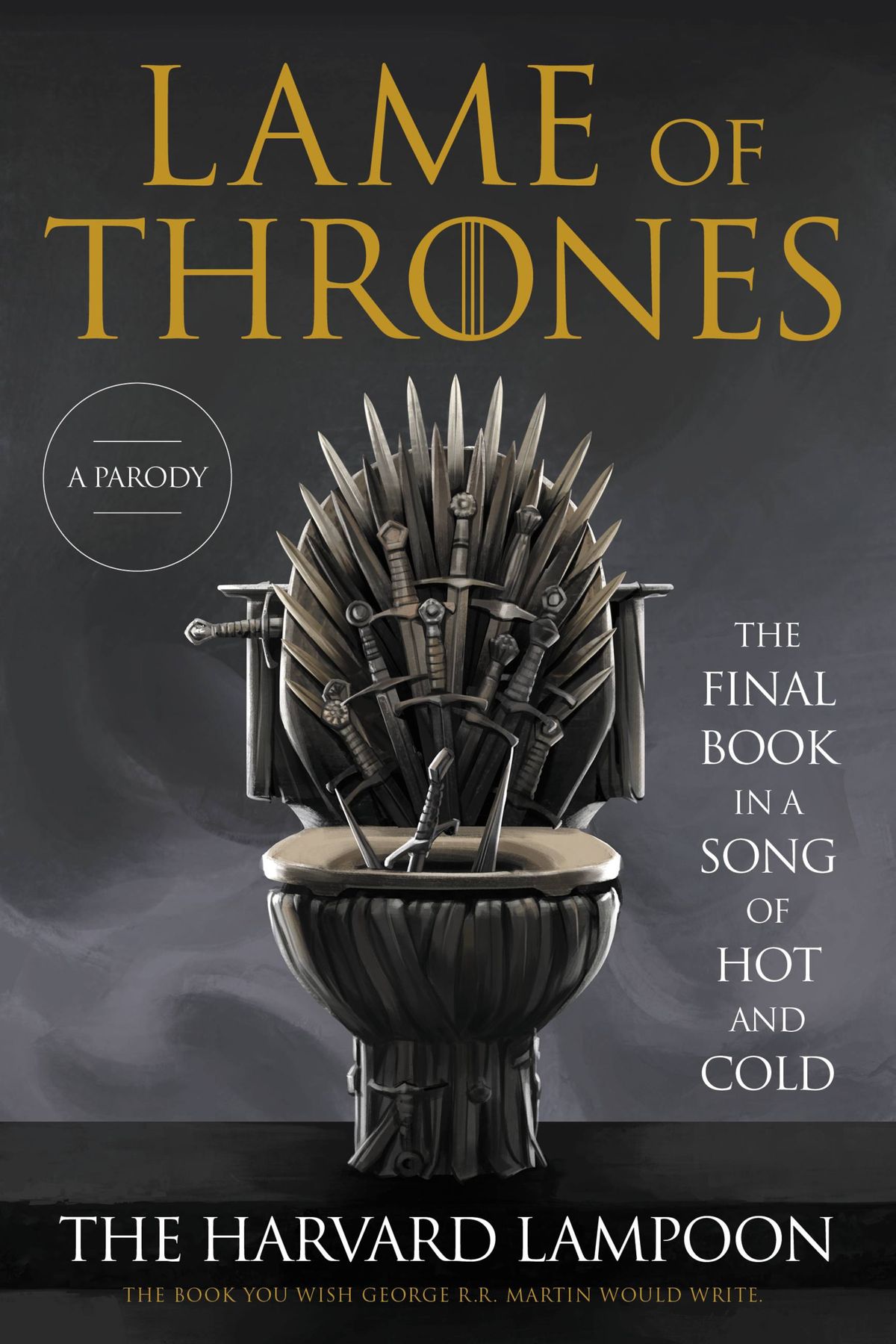 From Harvard’s legendary humor publication comes an outrageous, uproariously funny parody of Game of Thrones, in the tradition of their previous bestselling parody book classics Bored of the Rings, Nightlight, and The Hunger Pains.

An affectionate but take-no-prisoners send-up of the massive literary and television franchise, Lame of Thrones offers fans a way of reentering the fictional world they have come to love and merrily explodes all of its conventions — as well as their expectations of the characters — to hilarious ends. It may even leave you more satisfied than the actual TV ending of Game of Thrones.