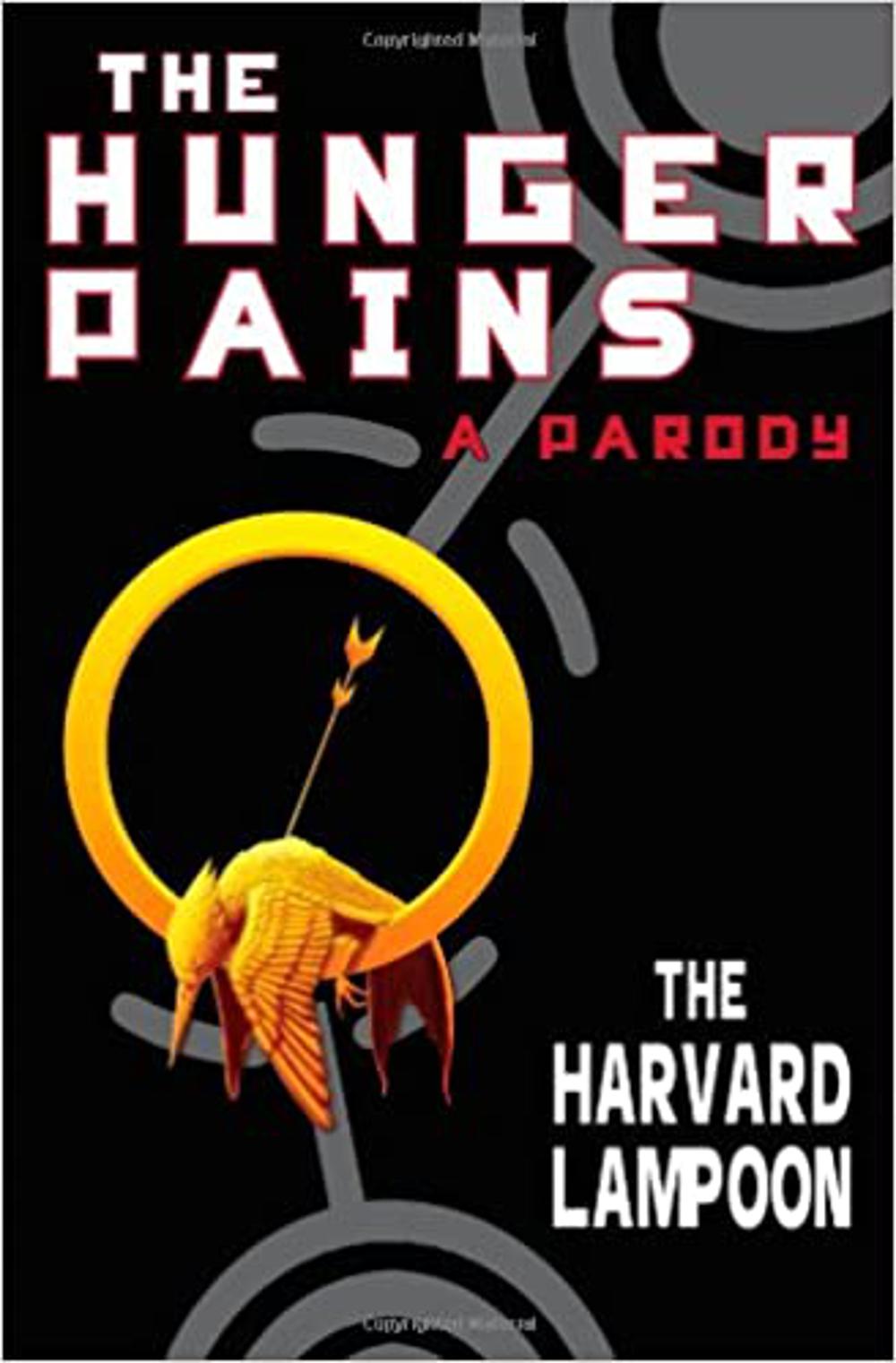 The hilarious instant New York Times bestseller, The Hunger Pains is a loving parody of the dystopian YA novel and film, The Hunger Games.

When Kantkiss Neverclean replaces her sister as a contestant on the Hunger Games—the second-highest-rated reality TV show in Peaceland, behind Extreme Home Makeover—she has no idea what to expect. Having lived her entire life in the telemarketing district’s worst neighborhood, the Crack, Kantkiss feels unprepared to fight to the death while simultaneously winking and looking adorable for the cameras. But when her survival rests on choosing between the dreamy hunk from home, Carol Handsomestein, or the doughy klutz, Pita Malarkey, Kantkiss discovers that the toughest conflicts may not be found on the battlefield but in her own heart . . . which is unfortunately on a battlefield.