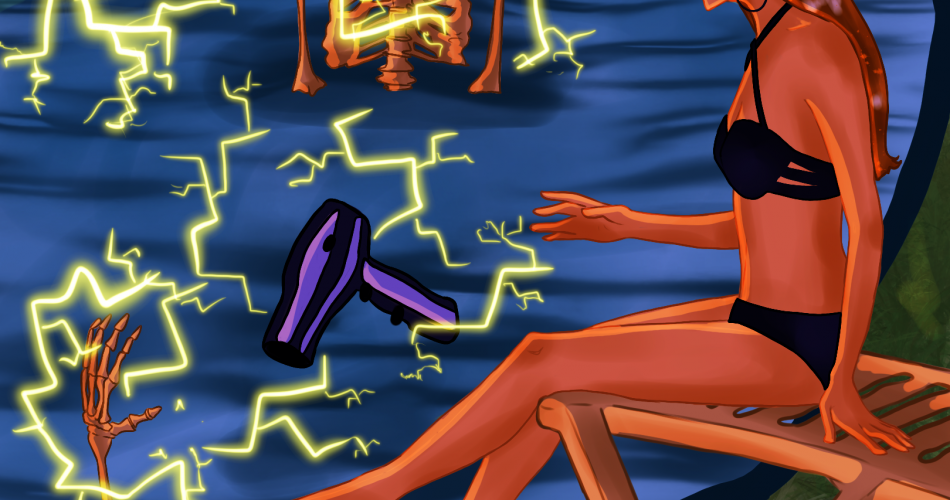 Author: GPCP '22
As seen in: The Unstoppable March #

Of course I have a girlfriend, she just goes to another school. Which school? The, uh, the one a few blocks north of here. That’s the school for the blind? Really? Uh, yeah, that one.

No, yeah, we’ve gone on tons of dates. In fact, we just drove to that spot where all the couples hook up. Make…kiss…out…creek? Point? Sorry, I just go there so many times I forget the name. Then we looked at the stars before we did kissing a lot. Yeah, she wanted to stargaze even though she’s blind, she doesn’t define herself by her limitations.

No, you can’t find her online, she doesn’t have a computer. She’s not allowed to have electricity, even. Not after what she did. Yeah, dropped a hair dryer in the public pool, shut the whole place down. Really messed some people up, one guy had a pacemaker. News didn’t cover it because my dad paid them off. He owns Nintendo, I told you this already. Anyway she would probably love to text me right now but she can’t because of the thing I just said.

Don’t worry about the pool thing, some people made it out okay. But like no one pressed charges so that’s all that matters. This is why I never tell anything to you guys. You hear one detail and you blow everything out of proportion.

Okay fine, you got me, I don’t have a blind girlfriend. I’m just embarrassed because my real girlfriend goes to a school in Canada where she does modeling.